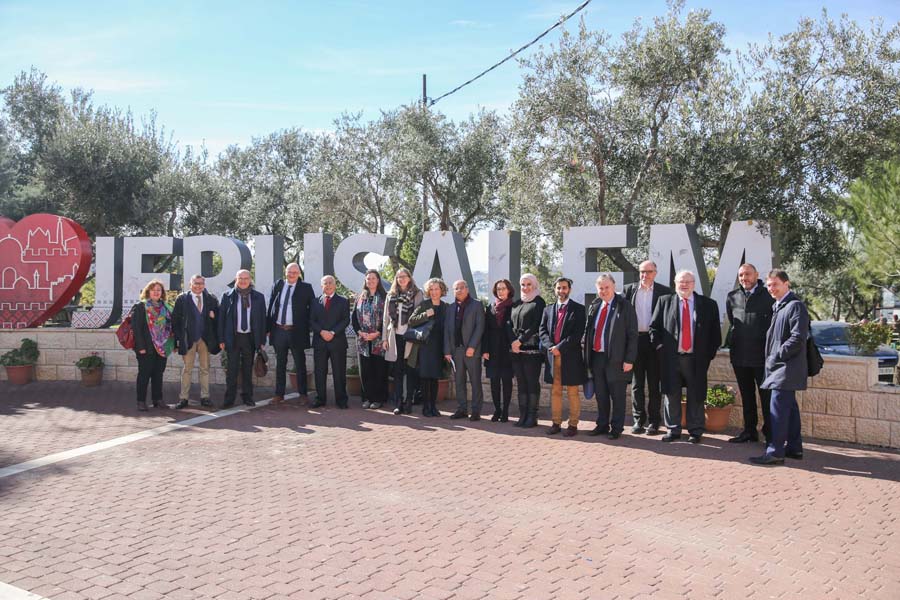 JERUSALEM | Al-Quds University (AQU) hosted a delegation from the British universities to learn about the university’s programs and participate in roundtable discussions on the potential for enhancing bilateral academic and research cooperation.

AQU’s Executive Vice President Professor Hassan Dweik and a number of other vice presidents met with the British delegation in the President’s office on the main campus. Dweik welcomed the guest delegation, emphasizing the importance of the visit in enhancing internationalization and increasing mobility between AQU and British higher education institutions and research centers.

Dweik briefed the delegation from British universities and the British Council on the establishment of the university and the progress of it programs. He noted that the university’s various programs were created in response to the growing needs of the Palestinian society and the labor market. Praising Al-Quds University’s Friends Association in Britain for its role in developing bilateral cooperation between AQU and British universities, Dweik also noted that the university has forged a broad network of international relations with many prestigious universities and research centers around the globe to provide better education and training to its students and to contribute to scientific research in Palestine and abroad.

Members of the British delegation expressed their appreciation of AQU for its great academic and social contributions, expressing their desire to expand cooperation with the university and to offer any possible assistance for the benefit of both sides.

The day-long workshop was under the title “UK-OPT (Occupied Palestinian Territories) Strategic Roundtables”, the purpose of which was to understand the opportunities and challenges of the collaboration between universities in Palestine and the UK. It featured focused and solutions-oriented discussions that can be translated into tangible programs and partnerships in the areas of internationalization and mobility, research and innovation, quality, outcomes and employability, and English skills.

The discussions focused on how Palestinian universities can work with universities in the UK on capacity building in teaching and research and innovation partnerships, making use of good practices. Experts from both sides discussed a range of potential options, such as the UK model of professional doctorates and international research centers that would focus on issues central to the Palestinian people, such as immigration and displaced people, with a focus on mental health.

The discussions and interventions also emphasized the need to map the current stage of exchanges, understand the success stories, design short and long term programs of student exchanges, expand HESPAL scholarship, as well have bilateral agreements based on priorities to bridge the gap between the British and Palestinian educational institutions.

Al-Quds University maintains good academic and research relationships with the British universities and Institutes. Recently, the university signed an agreement for collaboration in MA programs with King’s College in London and London School of Commerce. 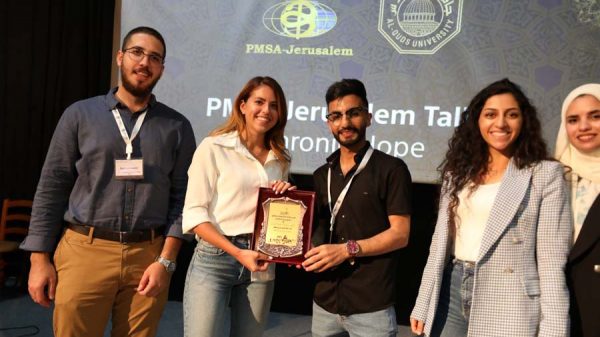 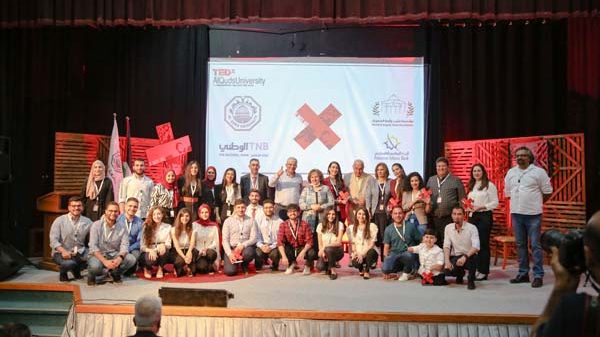