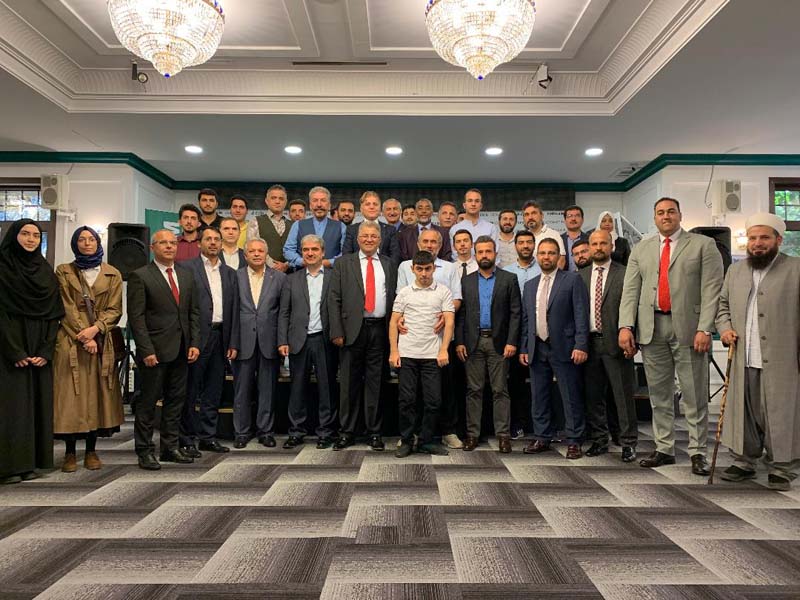 The ceremony was attended by the Deputy Governor of Istanbul, Mr. Suleyman Kahraman, the Chairman of the Palestine Committee in the Turkish Parliament, Mr. Hassan Turan, the President of the Association of Muslim Businessmen in Turkey, Noor Allah Shahin, the Chief Advisor to the Ministry of Education in Turkey, Mr. Omar Korkmaz, and the AQU’s academic Vice President and the Director of its Friends Association.

Prof. Abu Kishek thanked HE President Recep Tayyip Erdogan and the Turkish government and people for their continued support to the Palestinian people, particularly to Jerusalem and its Arab institutions. He pointed to the numerous projects and joint programs that are sponsored by the Turkish Cooperation and Coordination Agency "TIKA", stressing meanwhile on the common history of the peoples of both countries.

Abu Kishk noted that the newly-born Friends Association’s mission is to enhance and advance the relationship between AQU and its friends in Turkey by serving as a platform for Jerusalem and the entire Palestine, and as a social partner of the university in Turkey.

He expressed his elation for founding this association in a country that is well-known for its firm stances towards the rights of the Palestinians, stressing that it “will not only be a source for financial support to the students at AQU, but will also serve as an advisory body to the university in all its development endeavors”.

The President of the Al-Quds University Friends Association in Turkey, Mr. Noor Allah Shahin, spoke about the university’s key role in preparing Palestinian youth to carry the dreams of the Palestinian people and build a better future for their country. He praised the advanced levels its students and alumni in Turkey and elsewhere in the world have attained, emphasizing the moral need for supporting it financially, especially because it is located within Jerusalem.

The Chief Advisor to the Turkisk Ministry of Education Mr. Omar Korkmaz said that the preservation of Jerusalem and Palestine starts with the building of the educational and intellectual capacities of the Palestinian youth to help them contribute to overall human knowledge.

The newly-born Friends Association in Turkey now joins a host of other AQU’s friends associations in Jordan, Emirates, Germany, and Italy. This institutionalized partnership between AQU and its friends and alumni in Turkey will generate additional revenue to help support the university’s students and promote its programs and services. As a body with cross-country tasks, this association will also be an asset to the growing partnership between AQU and Turkish higher education institutions, and it will further enhance the deep brotherly ties between Turkey and Palestine.