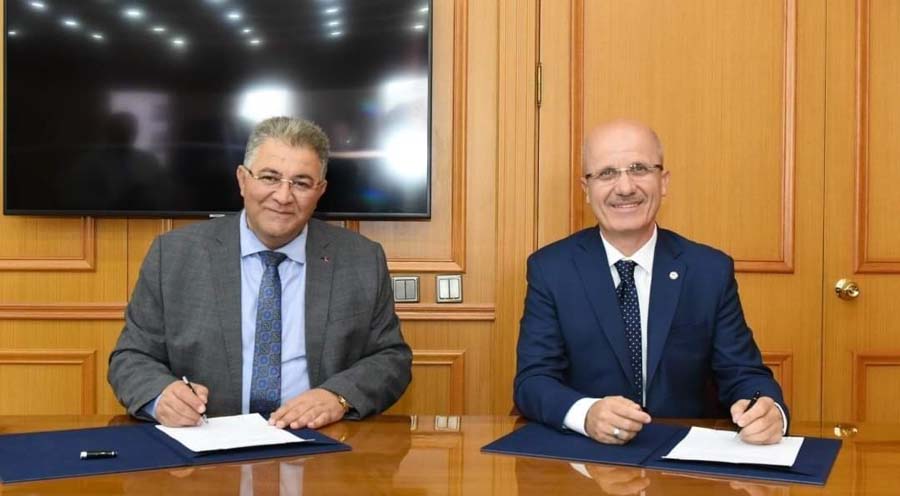 The signing ceremony took place at Marmara University in Istanbul and was attended by officials from both institutions. Under the agreement, both universities will launch a peer-reviewed journal that focuses on the Jerusalem issue and will organize an annual joint academic conference. Abu Kishek and Ozvar also discussed collaboration in the medical field, including the possibility of offering clinical training to AQU’s medical students at Marmara University.

The agreement also provides for collaboration through the AQU’s Center for Jerusalem Studies to exchange visits and experiences and conduct joint projects that would help maintain Jerusalem’s Arab identity and preserve its shared cultural and historical heritage.

He pointed out that AQU works actively to preserve Jerusalem’s intellectual, cultural, and historical heritage.

Over the last five years AQU has developed strong partnership and collaboration schemes with Turkish universities, which contributes to the achievements the university has made in the field of science and at the levels of social responsibility and internationalization.

The present agreement between AQU and Marmara University is another major addition to the long list of partnerships between AQU and Turkish institutions. Such successful partnerships are manifest in the Second Annual Congress on Social Sciences that was organized at Al-Quds University in 2018 and which brought together over 400 Turkish scholars to discuss themes of common interest.

The Turkish government is currently sponsoring the construction and furnishing of a dormitory building that will accommodate hundreds of female students from around Palestine, along with dozens of Turkish females who will join AQU to study Arabic language.

It is worth noting that Al-Quds University awarded His Excellency Recep Tayyip Erdogan an honorary doctorate degree at a grand ceremony held in Ankara in 2012 in recognition of the continuing support of the Turkish government and people.