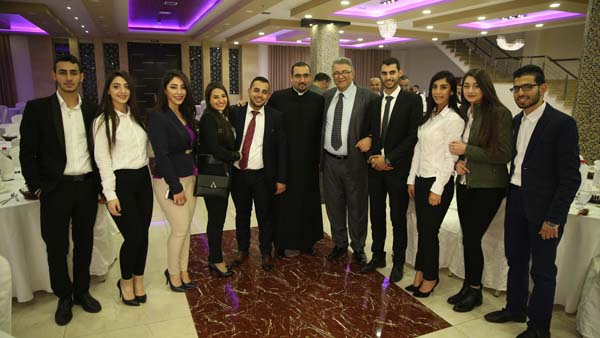 BETHLEHEM –Emanating from its commitment to offer a college education to all students that meet the academic requirements, and in a festive ceremony that was attended by prominent church leaders, well-known Muslim figures, businessmen officials and other members of society, Al-Quds University launched the Nativity Fund.

Led by Jerusalem Latin Patriarch Father Bashar Fawadleh, the program will cover merit-based tuition fees for Al-Quds University students. Potential college students complete an online survey which is collected and reviewed by the Nativity Fund committee that determines which students need scholarships the most. Father Bashar said the message is a “powerful” one about solidarity with Muslims and Christians. 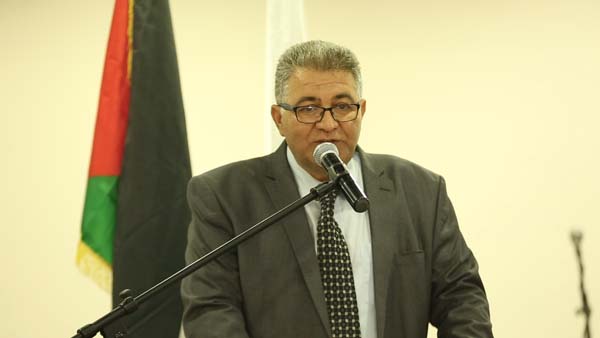 “We are saying to parents, if your sons and daughters apply here, get accepted, we will offer financial assistance so he or she can focus just on studying,” said Professor Abu Kishek.  Father Bashar spoke of his friendship with Professor Abu Kishek and the relationship with Al-Quds University,  a connection which has aggrandized from an on campus Christmas lighting ceremony four years ago to this “dream come true fund.”

“We are the sons and daughters of Al-Quds University.  We are ready to serve Al-Quds University,” said Father Bashar, who described the atmosphere at the February 8 ceremony in Bethlehem as “wonderful.” Of those who attended, Catholic Bishop Michel Sabbagh congratulated Professor Abu Kishek on the Nativity Fund and other initiatives by Al-Quds University regarding Jerusalem. In his speech, he particularly spoke about the importance of being there for the other, regardless of the religion. In light of what is occurring in Palestine, the people need to be united, he said.  Father Atallah, in his remarks, echoed the praise for Al-Quds University, in particular mentioning its principles, namely encouraging and supporting the underprivileged. Father Atallah extended his thanks to those institutions and businessmen who dispensed support.

Al-Quds University offers the largest financial aid program amongst Palestinian universities with 45% of its students receiving aid.   Al-Quds University is a collegiate research based in Jerusalem, Palestine.  Established in the late 70’s, Al-Quds remains the only Arab university in the city of Jerusalem. It currently offers 105 undergraduate and graduate degree programs, taught through its fifteen degree-granting faculties and institutes.