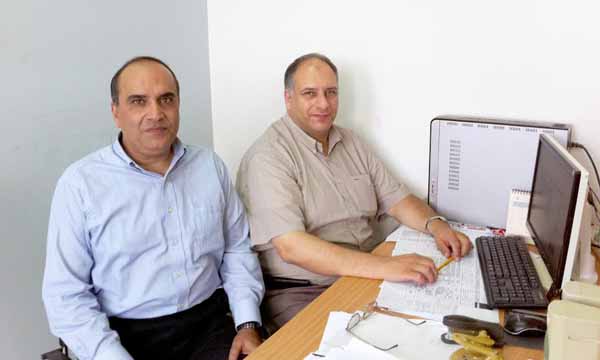 This paper shows how a desktop simulation can be migrated into its cloud equivalence using Windows Azure. It is undeniable that simulators are expensive and cost-intensive regarding maintenance and upgrading, and thus, it is not always feasible to buy such a simulator. Therefore, it will be of great significance if we have an approach, which provides simulators with services through the Internet with the aim of making them accessible from anywhere and at any time. That is, researchers and developers can focus on their actual researches and experiments and the intended output results. The cloud simulation infrastructure of this contribution is capable of hosting different simulations with the ability to be cloned as cloud services. The simulator example used here mimics the process of a distillation column to be seen as a widely used plant in several industrial applications. The cloud simulation core embedded in the cloud environment is fully independent from the developed user-interface of the simulator meaning that the cloud simulator can be connected to any user-interface. This allows simulation users such as process control and alarm management designers to connect to the cloud simulator in order to design, develop and experiment their systems on a “pay-as-you-go” basis as it is the case of most cloud computing services, aimed at providing computing services as utilities like water and electricity. For coding convenience, Windows Azure was selected for both developing the cloud simulation and hosting it in the cloud because of the fact that the source code of the desktop simulator is already available in C# based on dot Net technology. From a software technical point of view, UML graphical notations were applied in order to express the software requirement specifications of the distributed cloud simulation, representing a widespread technology in the object-oriented design and analysis.