Al-Quds University celebrated on Feb 2007 the opening of the first interactive mathematics museum in Palestine on its campus in Abu dies with generous funding from the European Commission and Campania region in Italy. It was a joint effort between al-Quds University and city of science in Naples.

The museum was named MeetMath.

MeetMath is considered one of the most important scientific landmarks in Al-Quds University. It displays a large number of interactive mathematical exhibits that explain many natural phenomena from a scientific point of view. Visitors will pass through seven islands, with a selection of mathematical themes that contain more than 40 exhibits.

The main sections include:

Most of the exhibits will ask the visitor to activate something and in fact to interact, which contributes to the better understanding of many mathematical theories by providing the interaction directly with these exhibits. The importance of this method is stressed in many international studies and researches that have proved its effectiveness in consolidating scientific ideas through tangible practical interaction, which raises the curiosity of the visitor and opens new horizons for further creative ideas and innovation.

The educational importance of the math museum is reflected in providing the most advanced educational aids, which in turn contributes significantly to compensate for the inherent shortage of educational aids needed at Palestinian schools. 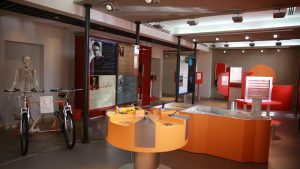 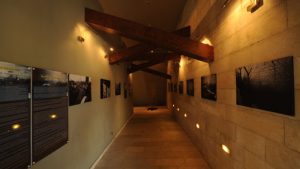