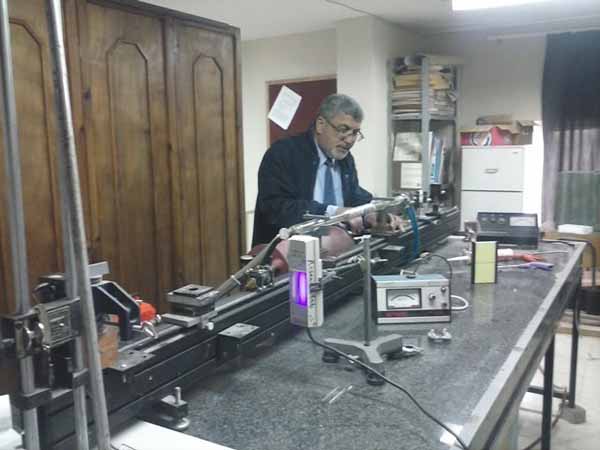 Dr, Mohammad Abu Taha, from the physics department, published two scientific papers during the first semester of this year, in which he was the main researcher. The first paper reported the photo-acoustic (PA) signal detection in a cell placed in the Michelson interferometer cavity in an attempt to relate photo-acoustic effect to the Michelson fringe shift as a result of changes in the cell.

As Dr. Abu Taha described that, both detection schemes were investigated using IR absorption in a cell placed in the Michelson interferometer cavity and their sensitivities compared.

Dr. Abu Taha added that the Michelson interferometer and PA signals have shown good correlations using different samples including some essential oils and their corresponding plant part from where the essential oil is usually obtained. Results were encouraging and will open the door widely to use the combined Michelson interferometer – PA spectroscopy in trace gas detection for different applications.

It’s worth mentioning that the two papers were published in the Journal of Modern Physics.