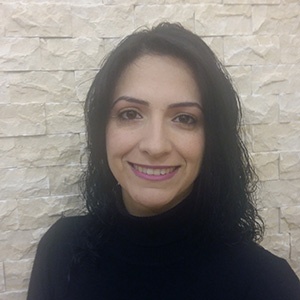 Mrs Rania Ghanem had joined faculty of pharmacy since 2005. Mrs. Ghanem had received her BSc degree in pharmacy from An-Najah National University in January 2004. In spring 2004 she has awarded the Chevening scholarship from British council to complete her MSc in Drug Delivery from School of Pharmacy University of London in 2005 with distinction. Between 2013- 2015 Mrs Ghanem had joined Institute of Al-Quds Nutrition and Health Research as a researcher in the field of treating Leishmaniosis disease.

Meanwhile Mrs Ghanem is writing the thesis for her second MSc in clinical pharmacy from An-Najah National University.

Mrs Ghanem is the program coordinator at the faculty of pharmacy for many years.