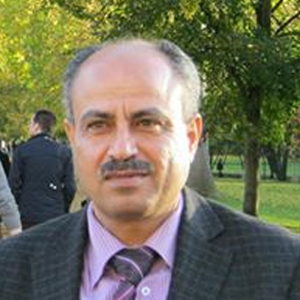 2004 : The Level of Biological Literacy and Its Relation with Attitudes Toward Biology of The Freshman and Fourth year Students at the College of Science in Al-Quds University (in Arabic).
2005 : The role of Remedial Teaching on developing the skill in using a microscope for students in biology department at Al-Quds university (in Arabic).
2006 : The effects of Segregation wall on the Palestinian People (in Arabic).
2007 : The Level of Scientific Literacy of the Basic Schools Science Teachers in the District of Tulkarm (in Arabic).
2008 : The nature, and sources of superstitious thinking among graduate students at Al-quds University, and the effect of some variables on it (in Arabic).
2010 : The Relationship Between Grade 11 Palestinian Attitudes Toward Biology And Their Perceptions Of The Biology Learning Environment (in English). International Journal of Science and Mathematics Education, Volume 8, Number 5, 783 – 800.
2013 : Beliefs of students in the faculty of science in Alquds and An-Najah Universities About creative (in Arabic)
2014 : Constructivist Learning Environment Among Palestinian Science Students. 2013 Accepted for publication in International Journal of Science and Mathematics Education. (in English).
2014 : Attitudes of Jerusalem Students Towards the Palestinian Resistance Literature. Journal of Arab Studies in Education & Psychology(in English).. 2014. No 48. 180 – 208.
2014 : Attitudes of Jerusalem Teachers Towards the Palestinian Resistance Literature (PRL): Jerusalem City as A model. Accepted for publication in Aladab Journal. University of Baghdad. (in English).
2014 : Biomedical ethics issues Among Palestinian medical faculties students (in Arabic).
2014 : The Effect of Six Thinking Hats on Creative Thinking Among 10th Grade Female Students in Tulkarm District (in Arabic).
2014 Cross sectional study of the development of science process skills among Technology Education students in Palestine Technical University (in Arabic).
2014 Multiple intelligences among students in the faculty of science in Alquds and Palestine Technical Universities (in Arabic).
2015 The Effect of Drawing Scientific Illustrations on Science Achievement of 2ed basic Grades Students and their attitudes toward Science (in Arabic).
2015 Logical Thinking And Its Relationship To Scientific Curiosity Among 10th Grade Students In Palestine (in Arabic).
2015 : Science Process Skills and Attitudes Toward Science Among Palestinian Secondary School Students (in English). World Journal of Education, 5 (1), 13-24.