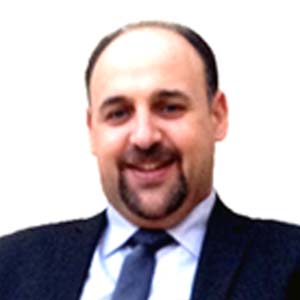 On coming back to Palestine in 2003, Dr Abu Yunis has actively participated in the establishment of the Dental School at Al-Quds University and the graduation of the first class in 2005.

After that, Dr Abu Yunis has been appointed as the head of the Maxillofacial Department for four years since 2006 until he was posted as the Dean of the Dental School in 2009, which had expanded the possibilities for him to work hard and develope all the academic and adminstrative aspects of the dental school during three years of continous serious efforts base on team work spirit and collective performance.

In the period 2012-2017, and besides being the head of Maxillofacial Surgery Department, he worked as a member of the General secretariat of the University Councils and obtained more academic and adminstrative experiance during this period.

He was also appointed as amember of high certificate accreditation committee at the Ministry of Higher Education between 2014-2016. In addition, he is a member of the Examination Committee of Maxillofacial Surgery at Arab Board for Medical Specialities as a represntative of Al-Quds University and Palestine.

In addition, Dr Abu Yunis is a well-known speaker and active member of scientific committies in various local and international conferences.

And he has more than ten published articles in different fields of maxillofacial surgery, oral medicine, and implantology.