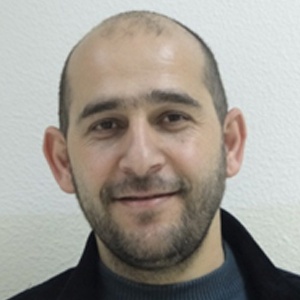 Mustafa Abdul-Ghani Mustafa Owais Al-Maqdisi has been a lecturer at Al-Quds University for more than twenty-one years. He served in the Medical Imaging Department as head of the department for thirteen years. So he prepared the first bachelor’s program in 2000 AD and it was approved by the Palestinian Ministry of Higher Education, and it was equalized and recognized by the Israeli Ministry of Higher Education in 2017 AD. Participated in the national plan for human resource development and laying the foundations for the profession of medical imaging in Palestine. The development of the handbook for the profession, which was distributed by the Palestinian Ministry of Labor. He helped establish the Palestinian Medical Imaging Syndicate, where he was responsible for all scientific files. He devoted all his time to serving and teaching the profession of medical imaging, so he taught most of the workers in this field in Palestine. Because he was distinguished in the field of medical imaging such as rays, ultrasound and magnetic resonance imaging, and he studies all the courses offered according to the study plan, he was not allowed to enroll in doctoral programs in Japan or in Belgium, despite his acceptance. The reason for Al-Quds University’s refusal to allow him was that he was alone in the department and there was no for him An alternative and the department will be closed in case he goes to study. He established the first internet lab at the College of Health Professions and gave several lectures on how to use advanced technology to present information to students. He worked as a registrar for the College of Health Professions, dealing with all problems related to registration files and programs.