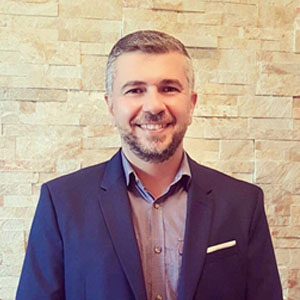 He is also the major supervisor at the oral medicine clinics and in addition to that he also supervises and teaches students at the oral surgery clinics.

Dr. Fahed Habash was awarded a BDS in dentistry from the University of Jordan in 1995 then awarded an M,Med.

Sc in Oral and Maxillofacial Surgery/Oral Medicine from Queen’s University of Belfast,UK, in 1997.

He is preparing to publish a new article on Prevalence of Oral Lesions in Dental Patients of Al-Quds University Oral Medicine & Diagnosis Clinic.

Dr. Fahed Habash is an Assistant Professor and consultant at Maxillofacial Surgery and Oral Medicine Department.

After that Dr. Habash established the Oral Medicine and Oral Diagnosis Department at AL-Quds University in 2006.

Between 2010-2013 he appointed again as Head of Oral and Maxillofacial Surgery Department
then Head of oral Medicine Department between 2013 until 2016.

Dr. Habash has always served as a Member of the Dental Faculty Council at Al-Quds University from 2002 until 2018.

Dr. Habash was a Member of the Administrative Board of Palestinian Association of Oral and Maxillofacial Surgeons, elected (2006-2012).

Furthermore he was elected as Deputy Mayor of Ramallah Municipality (2008-2012) and became Vice president of the Board of Jerusalem Water Undertaking (2010-2011).

Recently he was elected as a member of the Administrative Board of Palestinian Association of Dental Implantology (2016-2018).