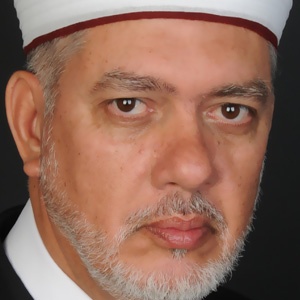 Mustafa Abu Sway is the first holder (2012-2020) of the Integral Chair for the Study of Imam Ghazali’s Work at the Holy Al-Aqsa Mosque and at Al-Quds University (HM King Abdullah II Endowment). He is also Dean, College of Da`wah and Usul Al-Din, and College of the Qur’an and Islamic Studies, Al-Quds University (2014-2020).

He is a Professor of Philosophy and Islamic Studies at Al-Quds University in Jerusalem, Palestine, since 1996. He taught at the International Islamic University in Malaysia including a year at the Institute for Islamic Thought and Civilization-ISTAC (1993-96) and was a visiting Fulbright Scholar-in-Residence at the Wilkes Honors College at Florida Atlantic University (2003-4), as well as a visiting professor at Bard College, New York (2008-2010).

Prof. Abu Sway earned his Ph.D. from Boston College (1993), dissertation title: “The Development of Al-Ghazzaliyy’s Genetic Epistemology”. He is author of three books on Imam Al-Ghazali: “Islamic Epistemology: The Case of Al-Ghazali”, Dewan Bahasa danPustaka, Kuala Lumpur, 1995; “Fatawa Al-Ghazali” (ISTAC, Kuala Lumpur, 1996); and “A Treasury of Al-Ghazali” (Kube, London, 2017). He was editor of “Islamic Culture” and contributed to several publications on prophets Abraham, Moses, Jesus, and Ishmael and Isaac by PASSIA, Jerusalem, where he headed the Religious Studies Unit. He also published a booklet on “The Holy Land, Jerusalem, and Al-Aqsa Mosque in the Islamic Sources” (AphorismA, Berlin) in English, which was translated into German, French, Italian, and Greek.

Prof. Abu Sway is a member of the Islamic Waqf Council in Jerusalem.