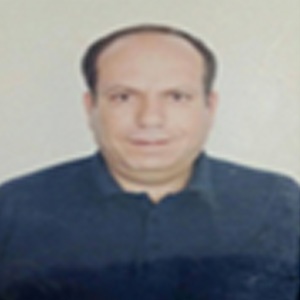 Raid Mohammed Rizk is a teacher in the Department of Life Sciences at the College of Science and Technology since 1984 until now.

He had a bachelor’s degree in zoology in Egypt in 1982, and a master’s degree in environmental sciences from An-Najah National University in 2001, during which he spent a whole year in Eilat on the Red Sea for his thesis and its content was about zooplankton.

Raid has participated in many workshops, including one in the United States for a year in which he studied mummification, and for a month in Belgium to study environmental restoration (treatment of water pollution, biodegradation and desertification), then he participated in several courses in Turkey and Cyprus on how the Palestinian curricula work. He gave a lecture in Spain on marine sciences (zooplankton). He took several courses, including an intensive course on the organisms of the Red Sea in Aqaba, Jordan, as well as in Eilat.

Raid attended conferences of the Red Sea Program on Marine Sciences as Principal Investigator in Germany, Eilat, Egypt and Aqaba.[/vc_column_text][/vc_column][/vc_row]