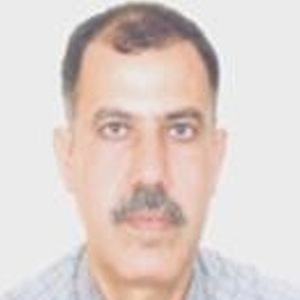 Prof. Mashhour Abd al-Rahman al-Habbazi obtained a PhD in literature and criticism in the Ottoman era from Saint Joseph University in Beirut in the year 1420 AH. He joined the Department of Arabic Language, the nucleus of the Faculty of Arts on the campus of the College of Da’wah and Fundamentals of Religion, Al-Quds University in the year (1403 AH) in Beit Hanina. He has published more than seventy scientific papers, and fifteen books, furthermore he has participated in a large number of scientific conferences in the Arab and Islamic worlds. His latest books are: Feminist Literature, The Echoes of the Battle of Janak Qala in Arabic Literature, Reading in the Movements of Modern Arabic Poetry, Reading in the Music of Modern Arabic Poetry, and the investigation of the book: Al-Rawd Al-Atir with the available news of the people of the seventh century until the end of the tenth century, and the tail on it, written by Ibn Ayyub Al-Ansari (died after 1003 AH).